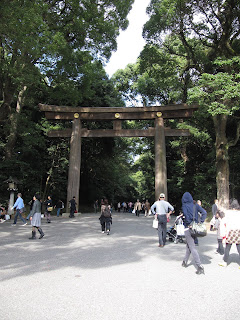 Sunday morning we walked to the Meiji Shrine from Omote-sando station. We walked through a very high class neighborhood filled with stores like Burburry, Calvin Klein, Bvlgari... etc. Finally we found our way to the Meiji Shrine. The shrine is located in the middle of a large park, so you need to take a nice forest walk to get to the shrine. We finally arrived, and it was not quite as big as I'd expected, although it seemed as though parts were closed off for some sort of ceremony going on. 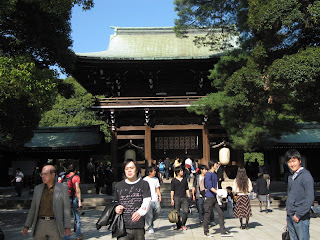 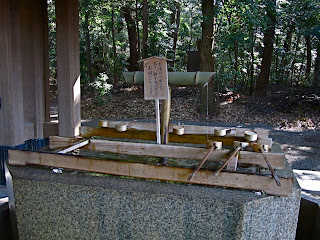 I had looked up some info on the Meiji Shrine on their official web page before going and found that they often had various cultural events. I found on Sunday there was to be a performance of some Japanese traditional dance called Hogaku and Hobu. We made it just in time to see the beginning of the performance. 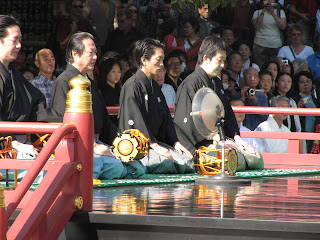 We saw two different performances. The first was a male dancer with a fan. 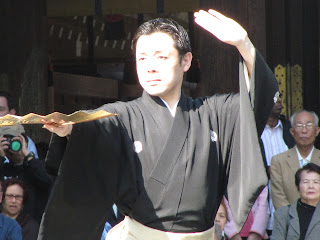 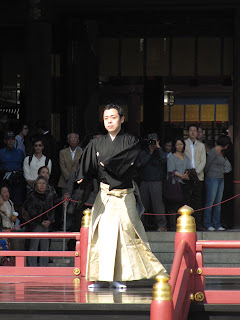 Then after this dance, what I thought was a female geisha came out to the stage... 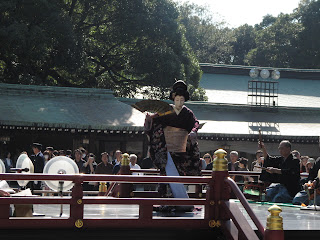 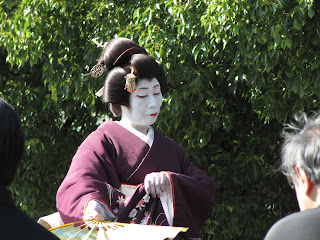 Turns out it was actually a man... I don't know much about Japanese dance, but I guess it's tradition for the man to dress like a woman and perform? 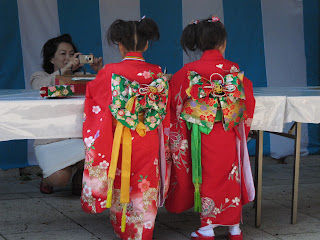 Best part about the Meiji shrine was all the Kimonos! They are sooo cool looking! And the kimonos were out in full force on Sunday!
Posted by 조안나 at 7:43 PM