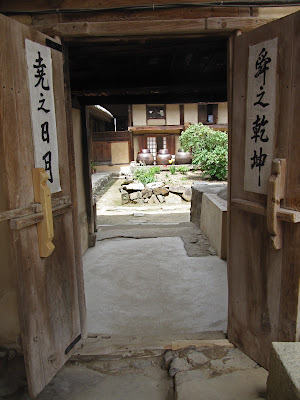 The main attraction for visitors to Andong is the Hahoe Village (하회마을). This village has been preserved from the Joseon dynasty and the original families that lived here years ago continue to live here. While some additions to houses have been made, like electricity, for example, they still try to keep up the old ways as much as possible. The room we slept in was heated with wood and the traditional architecture styles are preserved. They have also preserved the traditional architecture of the town, and continue to preserve the traditional culture such as the mask dances. 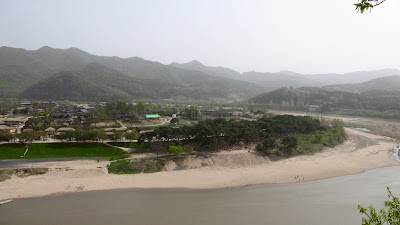 Geomantically speaking, Andong is perfectly situated. The Nakdong river curves around the village surrounding it on three sides with water. The village is also unique because the homes of the rich and poor are mixed together rather than being segregated. The homes of wealthier people are hanok style with tiled roofs. The homes of the less wealthy have just a simple thatched roof. 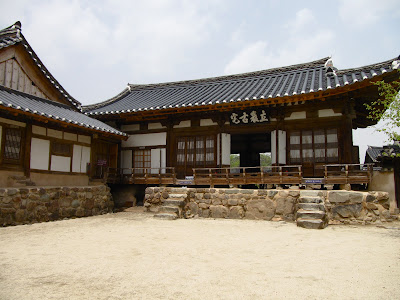 Andong is home to the Ryu clan and 70% of the residents can trace their lineage back to the original Ryu clan which inhabited this village. The house pictured above is Yangjindang, the first house built by the Ryu clan in the 15th century. 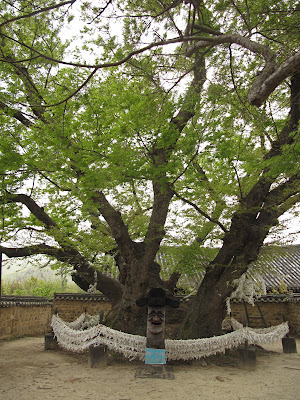 삼신당 is a 600 year old Zelkova tree which is called the shrine of three gods. Located in the center of the village, it is worshiped as a local spirit and every year on daeboreum a ceremony is held to pray for the villagers. Visitors to the Hahoe village write their wishes on strips of white paper and attach them to the tree in hopes that their prayers will be answered. 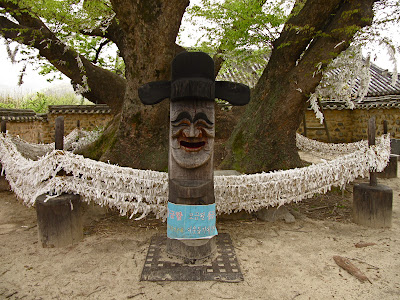 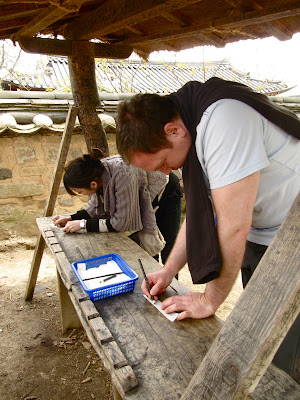 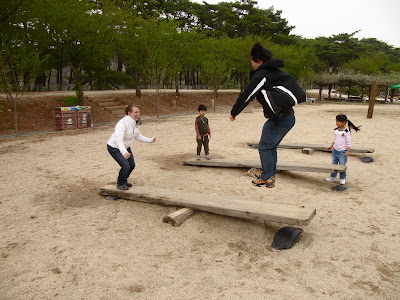 It's also fun to try traditional games here, like 널뛰기, a see-saw where you jump instead of sit, or the 그네, giant swings where you stand and push yourself while standing rather than sitting. 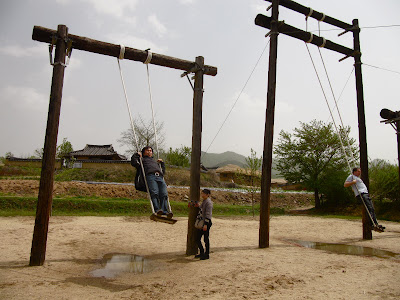 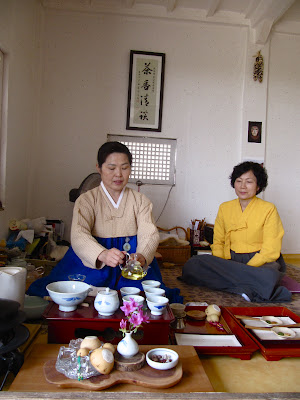 We also caught a free tea ceremony where we were able to learn the etiquette of pouring and drinking tea. The woman was very kind and she told us that she too was part of the Ryu clan, just like most of the folks from the village. 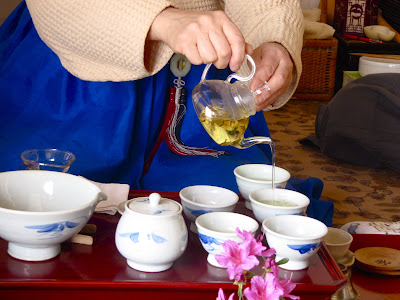 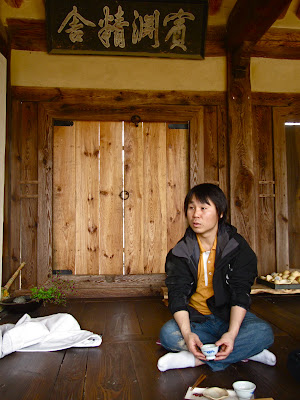 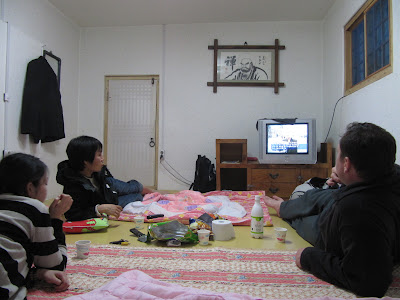 And of course, I can't leave out the fact that we spent the night here, sleeping in one of the traditional thatched roof houses. While it's hard to find info in English on the internet about where to sleep, if you come here and walk around you will see a sign on every other house with the words 민박 which is a kind of Korean style guesthouse. It was a little difficult to find a room for the four of us at a price we wanted, but eventually after searching for about an hour, we found a place with one room big enough for all of us for only 80,000 won. 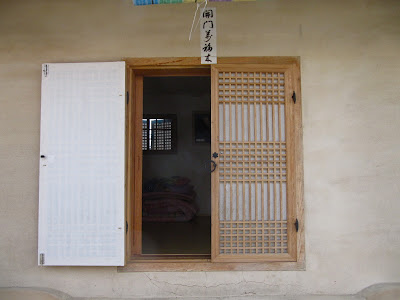 There's also no need to leave the village to find food (like we did our first night unknowingly) because many guesthouses also offer their own home cooked food. You don't have to be a guest to enjoy eating here, even folks who visit for the day are welcome. The house we stayed at didn't offer meals, but the place next door did. We were served this lovely meal in the traditional house by a friendly woman who told us all about the neighborhood. 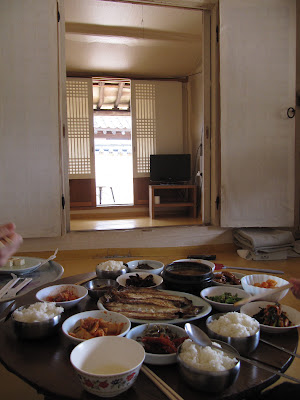 She explained to us too, that we were next door to the house of 류시원 Ryu Si Won, a famous actor in Korea. While the Korean and two Americans with us weren't too impressed, the Japanese girl with us was so excited that we had to dash over and take photos. While he's not the most popular in Korea he's very well known in Japan. Evidently many Japanese tourists come to Andong just to see his house. (See below photo) 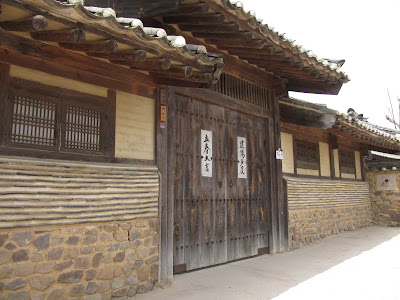 Andong is about 3 hours from Seoul. Public transportation is available within the city, but when you are in the village, everything is within walking distance. I would recommend staying at one of the 민박 (minbak) or guesthouses within the Hahoe Village to get the fullest experience. Two person rooms are usually 50,000 won. We spent 80,000 for a four person room. On the day we went, there was also a mask dance at 2 o'clock for free, so be sure to ask if and when the mask dance is being performed when you visit. 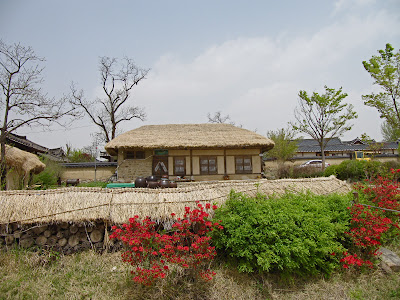