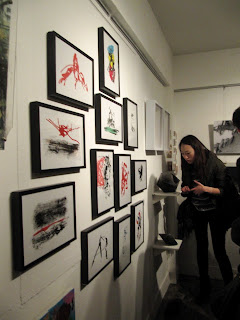 My friend Eric was performing at another art event in Seoul, so I made my way to Haebangchon tonight to check out his performance and some of the other things going on over there. The first location was the Laughing Tree which was a small art studio. 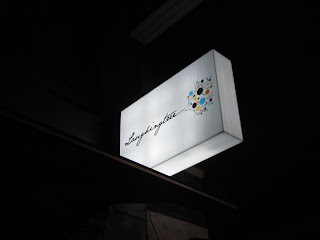 From there it was time to watch Eric's performance at The Local's garage. We had a drink while we waited for the performance to start. 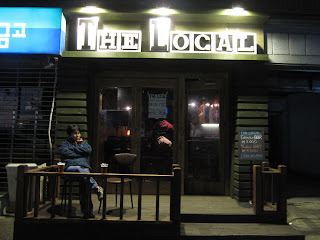 As usual, Eric's performance was strange and interesting. He took photos of people on his way to the event, compiled them all into one movie showing each face for a fraction of a second. Then he voiced over the people's thoughts as they walked down the street. 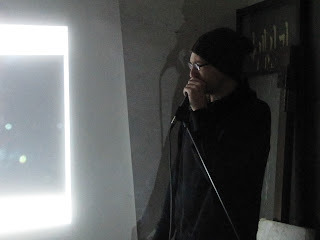 Then some mysterious bags of paint dyed water came out and we didn't quite know what they were for, but everyone wound up with a bag in their hands.... 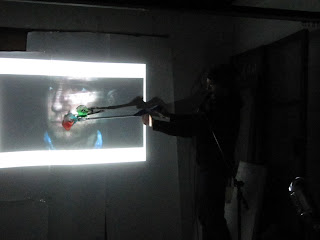 You'll have to watch the video to find out what it was all about. Warning, language is a little strong... 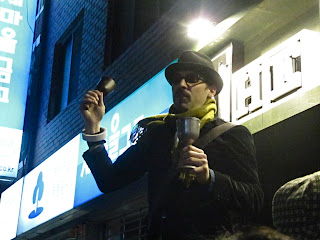 Then we followed the man with the bell to Philly's where we watched some musical performances in the basement. Some excellent free style rappers and reggae artists called The Space Rhyme Continuum performed some very entertaining music for us and then a rather eclectic selection was performed by GT Arpe 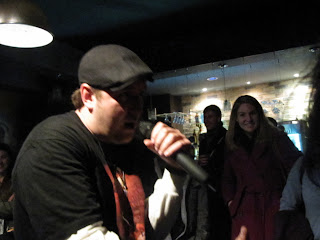 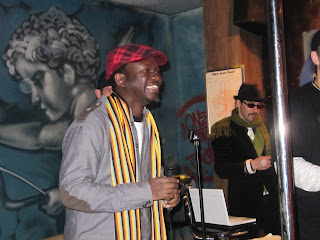 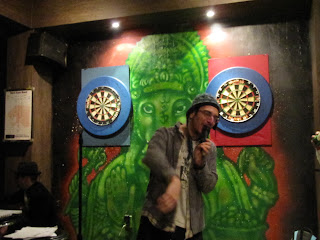 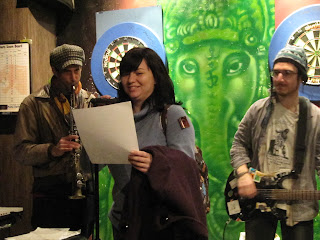 The event continued, but I'm sick and the smoky bars was making me feel not so hot, so we bought some meat on a stick from a man outside and then walked back to the subway and home. In fact, it's probably still going on right now (11:30 on Saturday night) if you happen to be in Haebangchon and want to get out of your house.  It's a good time! 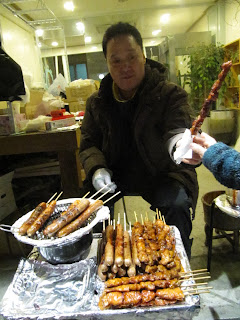