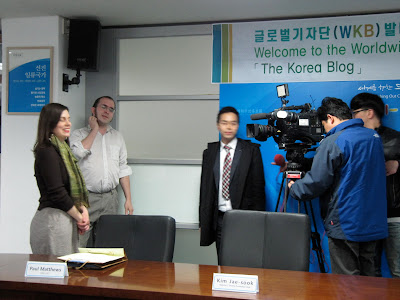 Jessica Steele, author of ROKin' Around Korea being interviewed by Arirang News

As you may know, I'm one of the "Worldwide Korea Bloggers" for The Korea Blog. The nice thing about blogging for the Korea Blog is the opportunity to take parts in various cultural events around Korea. I've been invited on many trips, including a trip to Jeju last year, but it seems I only ever have time to fit in the actual welcoming ceremonies that they hold each year due to my work schedule. On March 25th, they held a welcoming ceremony for the second batch of bloggers. Now there are 50 bloggers in Korea and around the world who contribute to this blog. When I walked in, I was a bit surprised to see Arirang News there on hand to document the event. You can see the whole press release here, including a video featuring an interview with me! 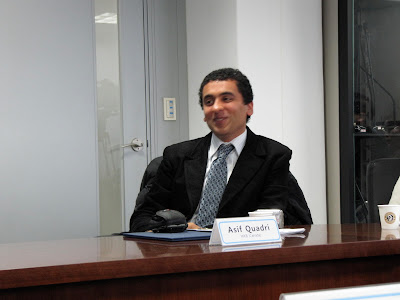 Asif Quadri, author of Adventures in Daegu and Beyond, who I met last year as well.

We were asked to introduce ourselves and our blogs, all while being filmed by Arirang AND the Qi Ranger. Needless to say, I don't think I'll ever be able to be a celebrity. I lose what little ability I have to speak articulately once the camera is on me. Probably for the best, I suppose. 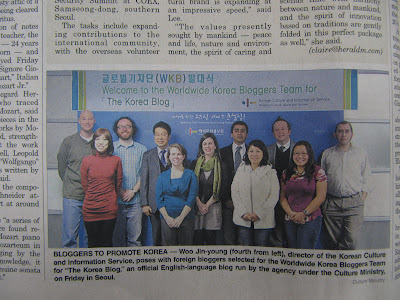 We even made the English Language Newspapers, page 20 of the Korea Herald on March 26th.

After the event at the KCOIS office, we hopped in a bus and headed over to the National Museum of Korea for a guided tour and an art lesson. 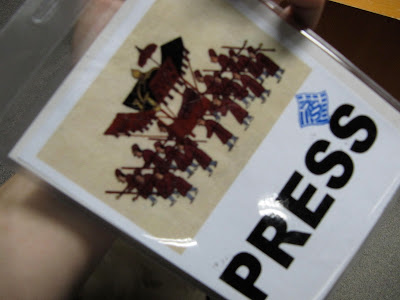 Anyone who wanted to film in the museum needed a press pass. I didn't want to film, but I just wanted to look special wearing one... 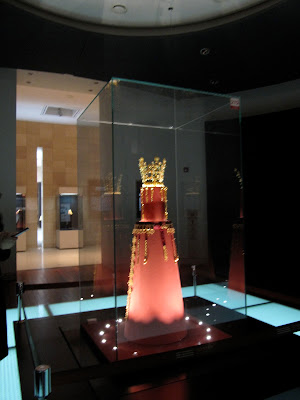 It was somewhere around this crown that I was interviewed. I kind of wanted to hear what the tour guide was saying, but I guess Arirang is more important.. 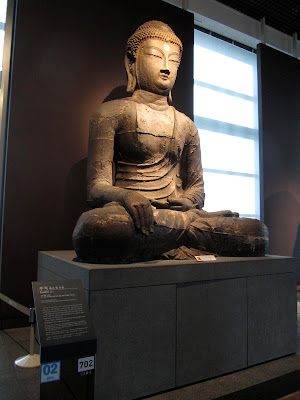 I learned a bit more about Buddha statues from this tour, and I hope to blog on the topic more... if I ever have time to blog again, that is... 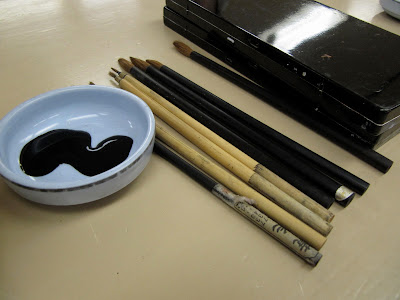 The last activity of the day was a painting activity. As this is the year of the dragon, we were taught how to paint a dragon. Actually, it mostly involved tracing, but I'll pretend that we're all really good artists for the sake of the blog. Mine came out pretty good, but unfortunately I was in a rush to get back to work for the night shift so I didn't really get to finish it properly. 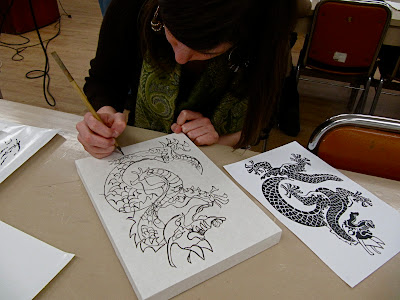 You can learn more about the event from the Korea.net press release here, and see my blog posts from last year's event here and here. If you like the sound of becoming a blogger for the Korea blog, they'll probably be accepting more bloggers next year. It's a great opportunity and has inspired me to get out more and find exciting events to blog about. Now if only I had time to write....