Chinese food and the Multicultural Food Street of Ansan 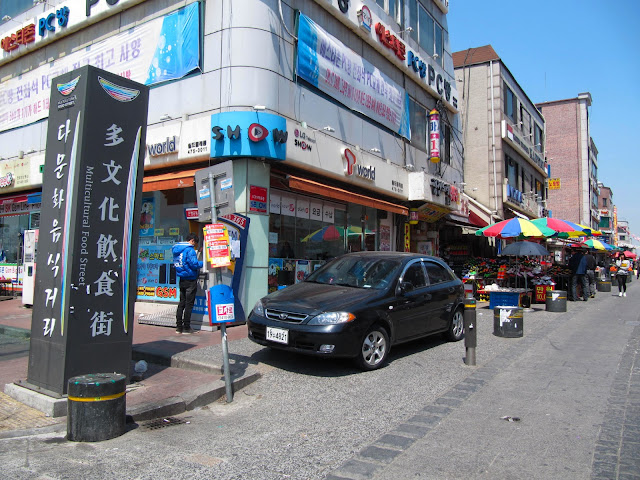 Entry to the Multicultural Food Street (다문화음식거리) in Ansan

If you happen to be sick of your typical jjajangmyeon and tangsuyuk (Korean style Chinese food) and are looking for some more authentic Chinese food, the Multicultural Food Street in Ansan, Gyeonggi-do is a safe bet. While not particularly close to Seoul, (takes 1hr and 15 mins from Dongdaemun station on line 4), it's a great day trip and definitely worth the time it takes to get there. And if you live in the area, then you have no excuse not to go down here and check it out! 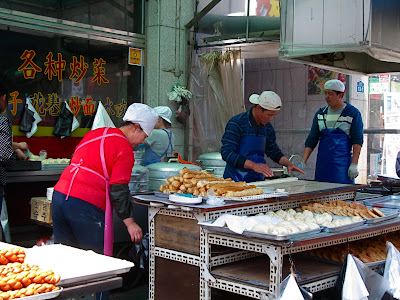 While Chinese food is not the only 'multicultural food' on this street, I would say it makes up a large portion of the restaurants. However, keep your eyes open for Thai, Vietnamese, Russian, Indian, Nepali, and Middle Eastern restaurants as well. While the 'multicultural street' is a good starting point, the whole area sports countless restaurants serving up international cuisine along with stores to pick up ingredients if you prefer cooking things at home. 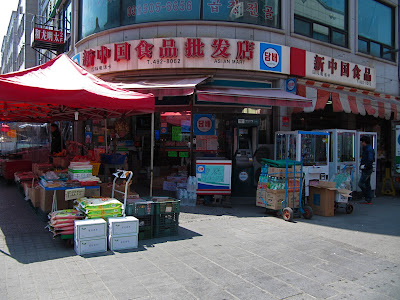 How can a street such as this, exist out in the middle of the 'suburbs' of Seoul, you ask? This neighborhood has developed thanks to the booming migrant worker population in the area. People come from around the world, particularly from Asia, to work in Korea's factories. Naturally, as people come from other countries, they bring their food and culture along with them. 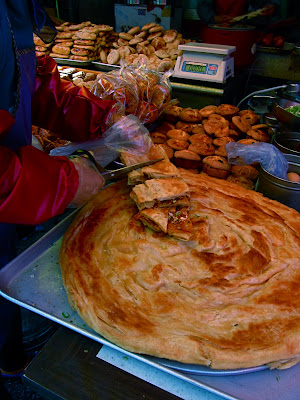 While prices here might be higher than actually eating in China or Southeast Asia, prices here for food are quite reasonable. Cakes and snacks are abound, tantalizing the passerby with their exotic allure. The moon cakes pictured below were just 1,000 won each as was a huge slice of the bread above. In fact, the biggest problem you may have is reading the menu as they often don't have any Korean explaination, never mind English. I think the sign of a truly authentic restaurant geared towards natives is when they don't even bother to translate the menu. However, as long as your Korean skills are passable, everyone I came across spoke fluent Korean, so you will still be able to ask what dishes and foods are. 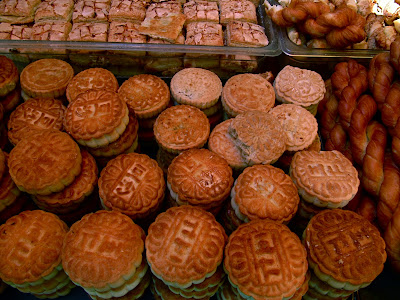 We came here with the intent of eating Chinese food, but while I've been studying Chinese for 8 months now, I'm still not able to read menus or ask what things are in Chinese (or at least not able to understand the answer), so we wondered around for a good while trying to settle on a restaurant based on very little information. Finally, we passed one restaurant with some people inside and peered in to check it out. There was no menu on the wall, but we saw people eating things out of pots, so we decided to wonder in and check out what it was all about. 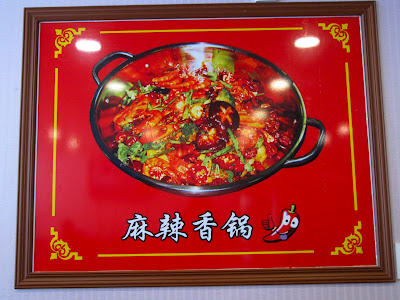 
It turns out that there was no menu because there was only one thing on the menu:  麻辣香锅 （ma la xiang guo), a Sichuan dish. Of course, at the time, I had no idea what that was, but upon asking my Chinese conversation partner, 'ma la' means 'spicy', actually a particular kind of spice which comes from some small seed like things in the dish, 'xiang' which means 'delicious' and 'guo' means pot. So, litterally translated, this would be a 'spicy, delicious pot'. I like spicy and delicious things, so it was perfect for me. 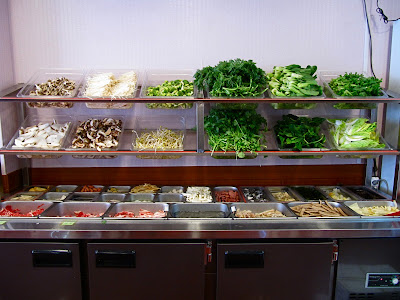 Choose your own meat and veggies

Ordering wasn't hard, albeit, not what I expected. Were brought up to a salad and meat bar and given two pots. We were instructed to fill one with all the veggies we wanted to eat, and one with all the meat we wanted to eat. They asked us how spicy we wanted, and I told them medium. Then we handed over our pots to the staff who weighed them to figure out the price and then cooked them up. 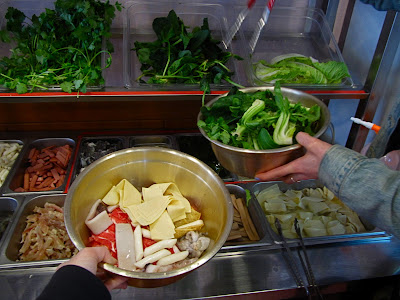 Upon describing this dish to other westerners, I got the immediate response, "Ah, so you had Mongolian Grill!". I didn't know what Mongolian grill was, but after some research I found that 蒙古烤肉 Měnggǔ kǎoròu, Otherwise known as 'Mongolian grill' is in fact, not Mongolian at all, but a Taiwanese invention that gained popularity and spread to the west. The idea for ma la xiang guo is similar, but you don't get to choose your sauce. And boy was I glad I went with medium and not spicy, because my mouth was on fire throughout the meal. I think even ordering this dish in its mild form would have been sufficient on the spiciness for me. 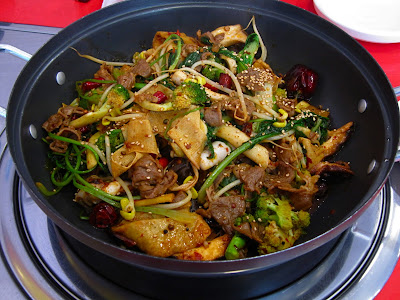 Not long after, a pot filled with goodness was brought to our table. We may have been a little excessive when choosing our ingredients... everything looked so good, it was hard to say control ourselves. 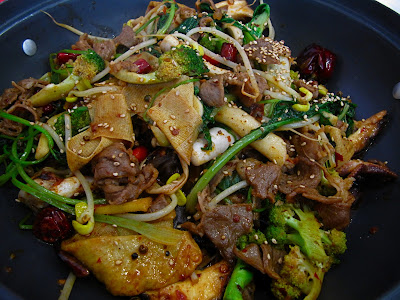 Needless to say, the two of us left the restaurant bursting at the seems.... 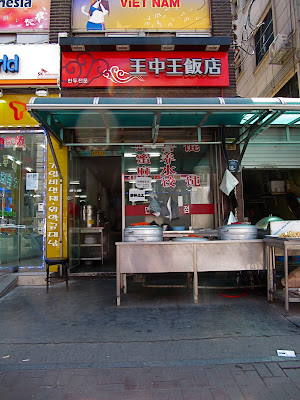 In short, if you happen to be craving foreign food, or missing China, Ansan is definitely the place to be. 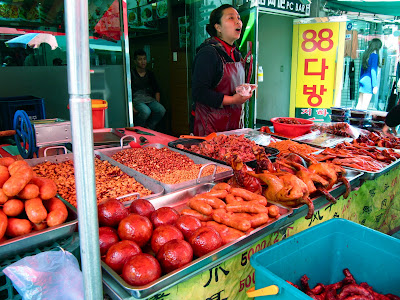 The Multicultural Food Street (다문화 음식거리) Is located directly in front of Ansan Station. From the main gate of Ansan Station, cross the street through the underground passage, and when you come up, take the stairs on your left. The Multicultural Food Street will be on your left. Don't just stick to the main drag, many restaurants are located on side streets or past the end of the street.
Posted by 조안나 at 8:04 AM