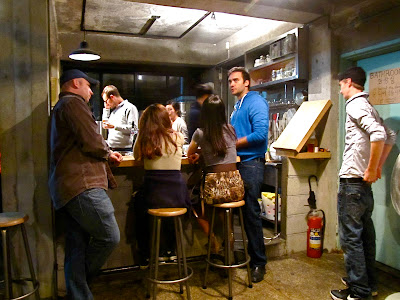 I feel this post is long overdue because Magpie Brewery has kind of become "our bar" these days. We're there at least once a week, sometimes two or three times a week. It's not because it's super cozy (honestly, it's not), and it's not because it's convenient to work or home (we do have to pass about 1 trillion bars to get here). It's really just because the beer is just that good. 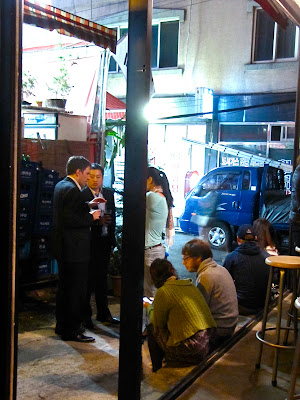 For those of you who have been in Korea a while, you know what beer is typically available around town. Cass, Hite, OB, Max. Those are the most famous Korean beers. And, quite frankly, they're terrible. Worse than any Budweiser or Coors Lite you can find at home. But, we drink them because... well, it's cheap and available. 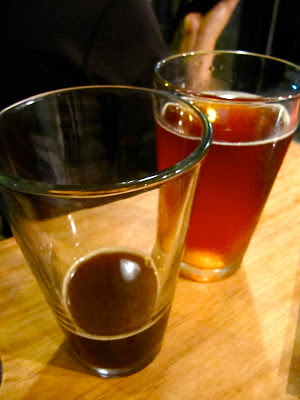 Fortunately (or unfortunately... however you prefer to look at it), we have now become absolutely spoiled. Magpie has given us a new appreciation for good beer (or at least reminded us of what we had forgotten) and now the thought of drinking anything else makes us a little sad inside. We decided to visit another new taphouse in Itaewon, conveniently named Reily's Taphouse, to sample some more 'good' beers. Sadly, though we still couldn't find one there quite as nice as Magpie's, and by the end of the night we had switched over to Magpie's Pale Ale despite the huge selection of beers from around the world to choose from. 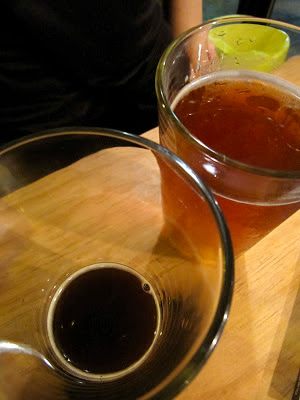 While they only make two brews, a pale ale and a porter, it's enough. They make those two brews perfectly and I think sometimes it's better to have two perfect beers than six or seven beers that are just OK. Another great thing about the beer here is the price. It's not too cheap, it's not too expencive. Craftworks is around the corner and while, admittedly, their beer is quite nice, too, the price is just slightly higher than I want to pay on a regular basis. A pale ale for 5,000 won ($4.60 USD) and the porter for 6,000 ($5.50 USD) is just right, the same price you'd pay in the states for something similar, plus in Korea we don't have to tip.

The location is far from pretentious, it kind of has the feeling like you're drinking in someone's garage, which is I think half of the appeal. It's great in summer because they can just open up the glass doors and the alley way becomes part of the bar with folks spreading out in every direction. It's a little unfortunate in winter that the bar feels like half the size when they close up the windows to keep out the cold air. A better seating arrangement could improve the bar a little, but otherwise, they've got the perfect recipe for success.

The staff here are great. The owners, Eric and Tiffany are really knowledgeable about beer and home brewing and we always go to them with all our home brewing questions.  The rest of the staff on hand are always friendly and kind. Yet another reason to love this place.
You can see the bar and the staff featured in an Arirang production called "Semipermanent": http://vimeo.com/53194281

Location: South Korea, Seoul, Yongsan-gu, Itaewon-dong, 691. From Noksapyeong station, take exit 2 and walk straight to the underpass. Cross under the road to the other side and continue walking in the same direction, north towards Namsan. After about 200 meters you will see The Baker's Table on your right. Turn down that alley and Magpie will be on the first alley on the left. You can probably identify it by the large amount of people milling in the alleyway with glasses of beer, especially on a Friday or Saturday night.
Posted by 조안나 at 12:38 PM

Email ThisBlogThis!Share to TwitterShare to FacebookShare to Pinterest
Labels: Brewery