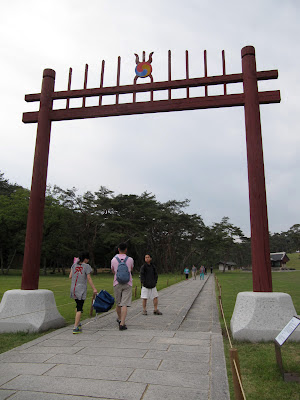 Upon arriving in Yeoju, we had to find something interesting to do, so we followed the signs and found ourselves at King Sejong's Tomb. King Sejong, of course, is the most famous of the Joseon Dynasty kings. Most well renown for the invention of hangul under his reign, other famous deeds attributed to his reign were a new calendar that used Seoul as the center, rather than the Chinese capital, advances in agriculture among many others.

After his death in 1450 he was buried along side his already deceased queen in a tomb in Gwangju, but later, because the geomantic position (think: feng shui) of the location was not good enough, their remains were relocated here to Yeongneung 영릉, in Yeoju. 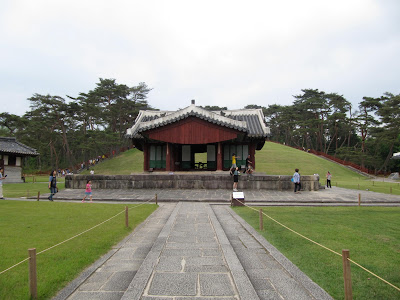 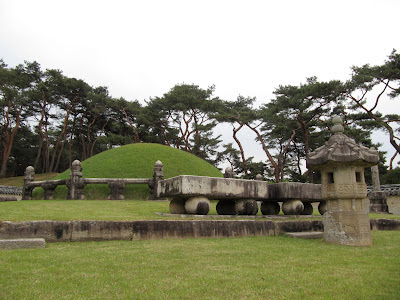 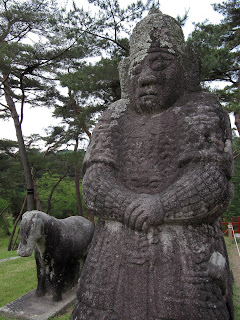 If you have some extra time while you're here, you can also take a little hike through the woods to find one more tomb, Nyeongneung(녕릉): the tomb of King Hyojong. King Hyojong doesn't usually make it onto the tourist/ foreigner's scope of Korean history, but he's a name that is known to most Koreans from their high school history classes. King Hyojong planned to conquer Northern Asia, and therefore reformed the military. While he never managed to control Northern Asia, he did have a rather intersteting life, having spent time as a captive of the Manchus and ordering some stranded Dutch sailors to build Korea's first muskets. 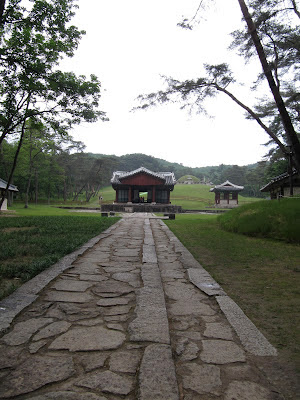 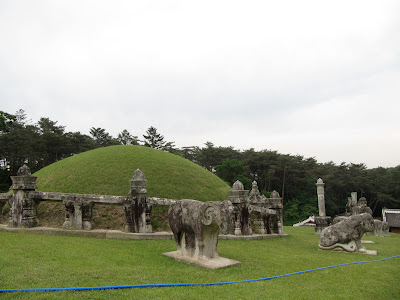 If you're in Yeoju, there's no reason not to visit this place. It was only 10 minutes by bicycle from the downtown area, easy to find by just following the signs which are everywhere in town. Entry is only 500 won, so it's about as cheap as it gets. Is it really exciting? Not really, but you can impress all your Korean friends by telling them you have been within feet of King Sejong.