A hike on the 둘레길 around Bukhansan 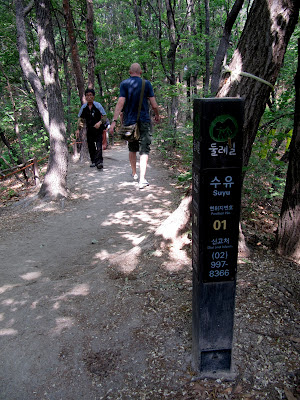 A few weeks ago we took a little hike on the 둘레길 (Doolegil), a mountain path that goes around Bukhansan rather than up it. This path fully opened just two years ago and there is still a big loop that has yet to be completed, but as it stands now you can walk around the entire periphery of the mountain. Part of the course is in the wooded area, but there are parts that come out into the city, and that's where it can get a little confusing following the trail. Fortunately there are lines on the ground and many markers everywhere to keep you on course. 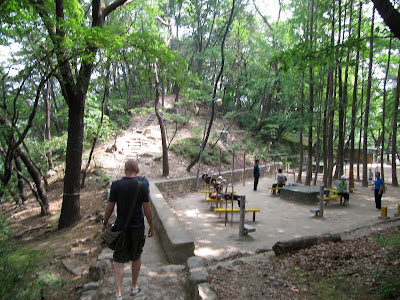 Exercise area along the trail

We started in Suyu, following the path north. My friend, who has done other sections of the Doolegil has told me that this was actually one of the least scenic routes, but I still saw plenty and got some good exercise in, so I was happy. 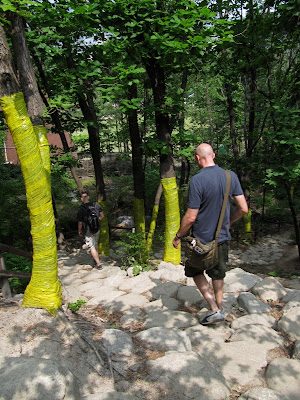 Slight hill along the trail. Trees are wrapped to protect them from insects who would kill them. 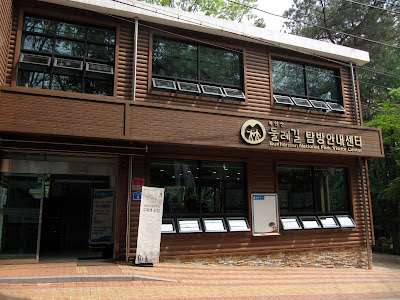 There are several information centers along the way where you can pick up maps for Bukhansan which show all the main trails through the mountain, plus the doolegil. While we stopped here, they were filming what seemed to be a promotional video. They couldn't help but interview us 외국인 for their film, telling us about the wonders of Bukhansan. Keep a look out for a tall bald man next time you watch a Korean National Parks video, it could be my friend! 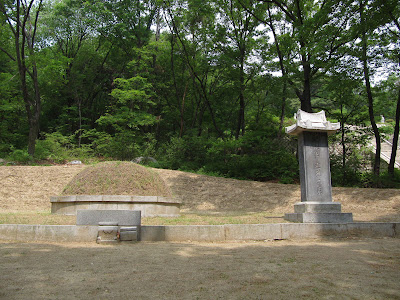 Along the way we saw a sign for the graves of some soldiers of WWII, so we wandered down the path to check them out. 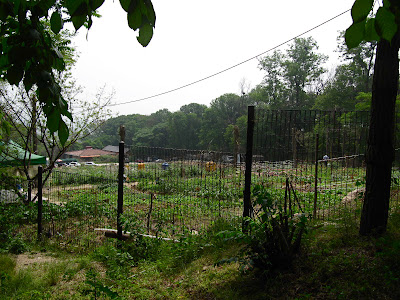 Along the path you can see many small farms where locals grow food, presumably to sell in markets as they seem too big to be growing for only personal use. It's hard to believe that there could be gardens like this in the middle of Seoul, but here it is, and we probably passed at least 10 like this one  or bigger along our 4 hour hike. 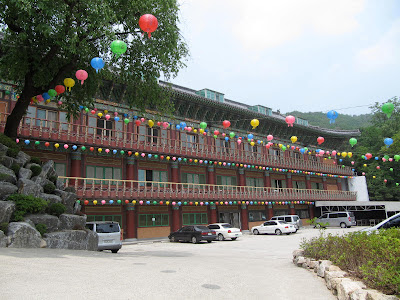 We also passed a number of temples along the way. This one was the first one, called 종무사, Jongmu Temple. We couldn't tell how to get in, though, so we continued on our way. 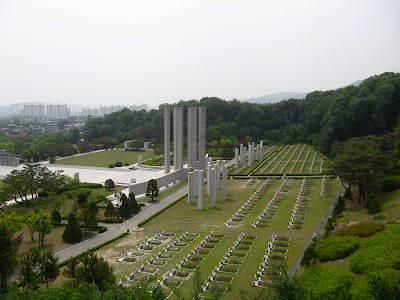 4.19 Memorial Cemetery from Above

Next, along the way we found the 4.19 Memorial Cemetery. I had never heard of this place, but after looking it up, it is the resting place for the 224 pro-democracy protesters killed on April 19th, 1960. They were shot in a protest against the president Syng-Man Rhee who rigged the election to secure his second term in office. While we couldn't reach the cemetery from the path, it made me want to check out this place another time as it has a museum attached to it as well. 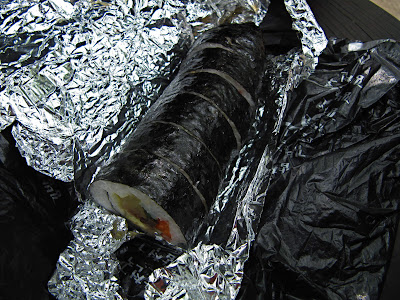 At some point along the way we pulled out our lunch of kimbap. While kimbap is not my favorite food (always forget to tell them to take out the radish), it does make for perfect hiking food as it's cheap, light and easy to pack. And at 1,500 each, how can you find anything better? 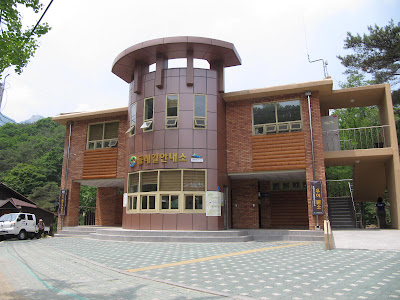 This was the second information center we passed in 우이. I like the name of this place because the romanization of it's name is awesome: Ui.  It's a good place to stock up on water at the vending machine or use the toilet as they are rather hard to come by along certain parts of the trail. 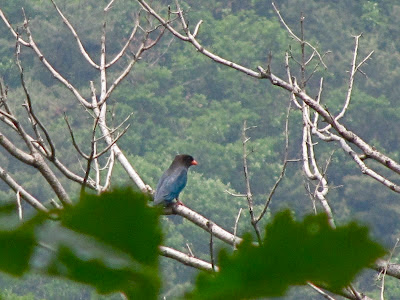 One member of our group turned out to be quite the bird watcher and, while we didn't have any binoculars, we did have my 48x zoom which spotted this bird which we were able to identify as a Dollarbird. Good name for a bird. 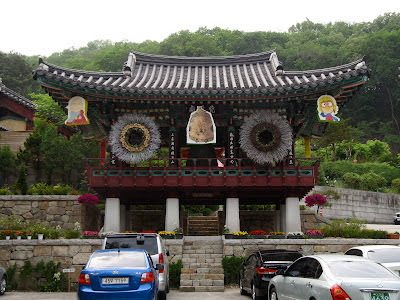 After about 4 hours of hiking (with many, many breaks) we decided to call it a day and turn back. We headed back to Suyu by bus and I decided to check out 화계사 Hwagye Temple before heading home. This is also on the Doolegil, but just slightly south of where we started. It's a nice little temple and it was clearly decorated with some of the lanterns left over from the Lotus Lantern Parade a week or two earlier. 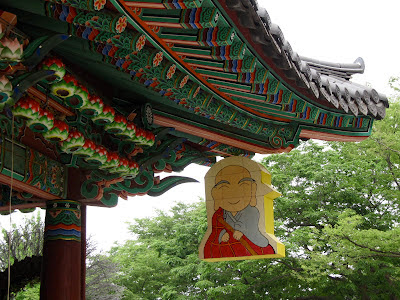 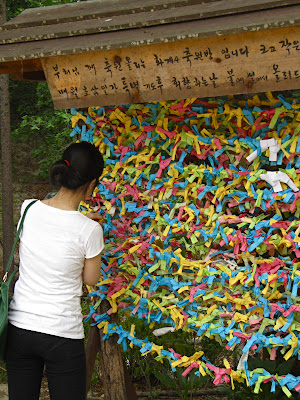 Tying a wish to the rope to make it come true!

A hike on the 둘레길 might just be the solution to what ales you. Whether you are looking for exercise, excitement, nature or escape, it's the perfect solution. It's not strenuous because it goes around, not up the mountain, so if you're not big on the whole hiking thing, it could be a good happy medium of getting outside without sweating too much. And for those of you who do like hiking, that's not to say that this trail is completely flat, it's a lot of up and down, but you'll never hike uphill for more than 5 minutes or so before coming down again.

To hike the Doolegil, there are many places to start and it would probably be impossible to do the whole thing in one day unless you are some kind of hiking machine. This is the best map I've found, if you don't understand the Korean, ask a friend to show you the closest starting point to where you live.  I started in Suyu. If you want to start at Hwagye Temple, get off at Suyu Station (Line 4) exit 5. Walk straight to the intersection and turn left. Turn right at the SK gas station up ahead. Follow the road straight for about 10 minutes and you will see the temple gates. The 둘레길 passes right through the temple. My friend recommends going south for a much more scenic view, but I went north from here.