A Covered Bridge in Vermont

I bought a bunch of post cards a week ago with the idea that I would send them out as thank you cards to those who gave us nice gifts for our housewarming party. All the prettiest post cards had covered bridges on them so I wound up getting four post cards with photos of different covered bridges in Vermont. Then I realized that I had never seen one for myself and started to wonder where all these bridges were hiding. But, today, in a quest to find the home of the officiant for my friend's wedding way far out in the countryside of Vermont we actually had to cross a covered bridge to get to the house. So, of course, being me, I shouted for my friend to pull over so I could take a few photos because I may never get this opportunity again... So, for those of you who have never seen or heard of a covered bridge, here is a real live (photo of) one for you to see: 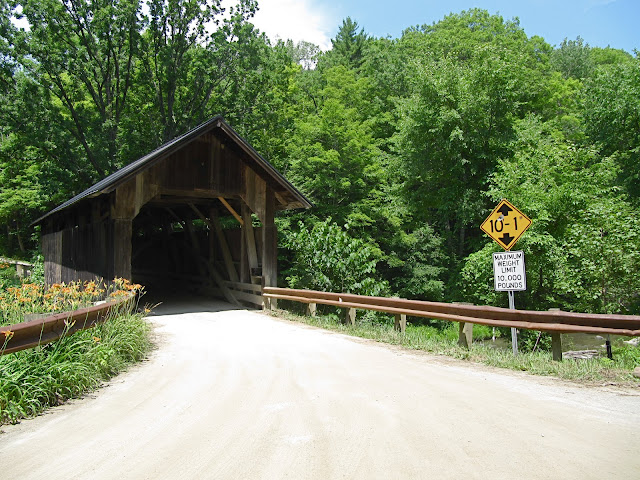 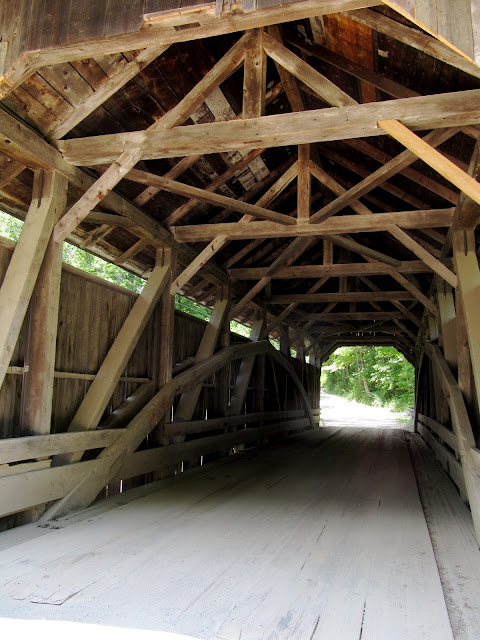 Inside the covered bridge. Yes, it is completely made of wood. 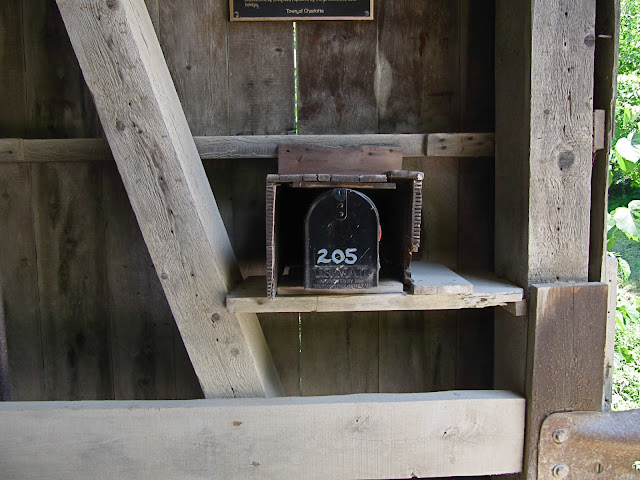 The officiant's mailbox was actually built into the bridge.  Wish I could tell people to leave my mail at the bridge.... 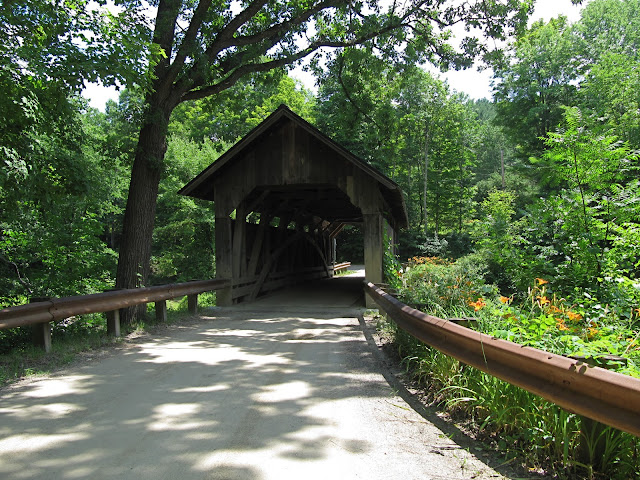 View from the other side...