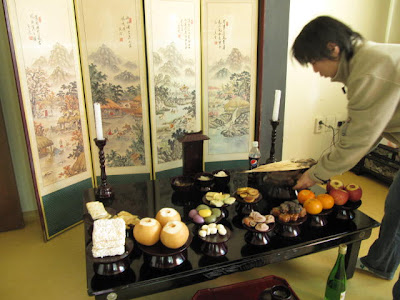 Setting up the table for the 차례 ceremony

We woke up this morning early to have the 차례 or ceremony for the ancestors as we do every 설날.  This is now the third Lunar New Year that I have celebrated with the boyfriend's family and there's no point in rehashing too many details, since it's been done before. This year we were much better about the 세배 or bowing to elders. In past years we quite nearly forgot to do it, but this year directly after the ancestor ceremony we bowed to Halmoni and the boyfriend's father. I'm not quite sure why, but he gave me money, along with the kids. I tried really hard to give it back, adults don't get money, just kids, but he wouldn't take it. It's a bit awkward since I'm only a year or two older than his oldest grandchildren... Then we cleared this table and brought all the food out to eat breakfast. Note the lack of 떡국 (rice cake soup) here, the grandfather which we honor in the 차레 never liked ddeok-guk and therefore we don't prepare it in the morning on Seollal like most families. 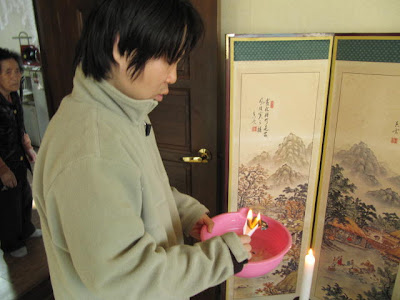 Burning the names of the ancestors remembered at the ceremony

After breakfast, we headed up the mountain to visit the grandfather's grave. In Korean this tradition is called 성묘- Seongmyo .  We brought some food and rice wine up, did our bowing, had a snack and a drink before heading back down as it was way too cold to spend much time there. Today's temperature was about -8˚C. 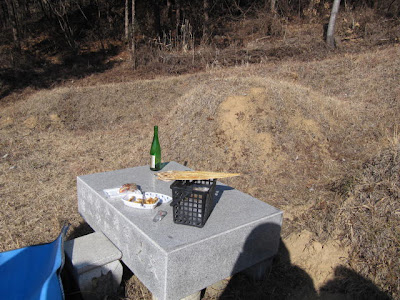 We decided to visit the temple quickly, too before heading back home since it is just a minute drive up the hill from where the grandfather is buried. Though I've been to this temple several times before, I like it a lot since it is not a touristy kind of place, it kind of just feels like home. We were the only ones around so I took the opportunity to take a few photos. 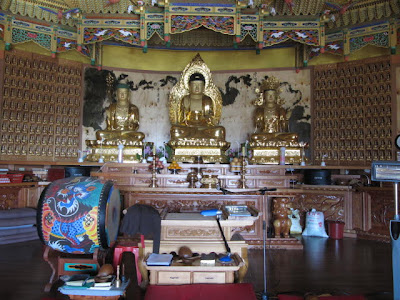 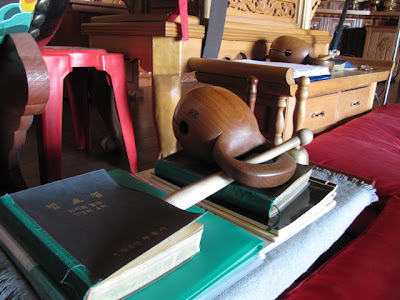 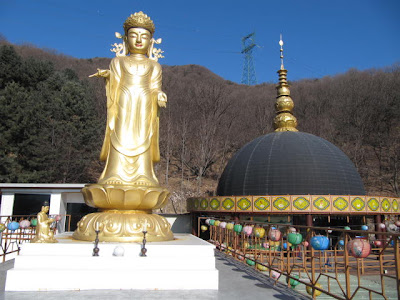 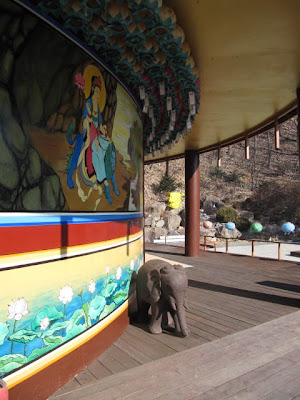 After our visit to the temple, we just went back to the house and relaxed. We played lots of Go-Stop, watched some movies and ate lots of ddeok and fruit. Lunch was 떡국 and we gained another year as we ate the soup, making me now 28 years old, Korean age.

I hope all my readers had a good 설날. Tomorrow I hope to get to Namsan Hanok Village to catch some of the activities happening over there. What did you do for 설날?
Posted by 조안나 at 10:34 PM