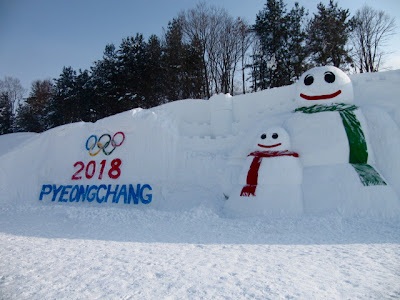 If you haven't heard the news yet, here it is. Pyeongchang, aka, my home away from home from January to March for ski season, has just been selected to host the Olympics in 2018. It only took them 3 tries to do it, but over the past few years, huge additions have been made to the area, including a ski jump and a second resort next to our beloved Yongpyong, called Alpensia. While Alpensia isn't big, it's got a lot of advanced trails, not to mention lots and lots of accommodations for would-be visitors to the Olympics. We've stayed in two of the newly built accommodations (thanks to the boyfriend's friend's membership) staying at the Intercontinental hotel and the Holiday Inn Suites. Both amazing accommodations, yet basically empty because it's not next to the Yongpyong, the big mountain.

Olympians can hope to ski on trails such as these at Yongpyong: 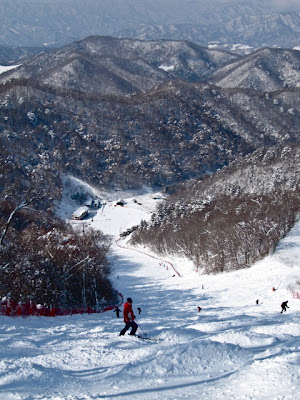 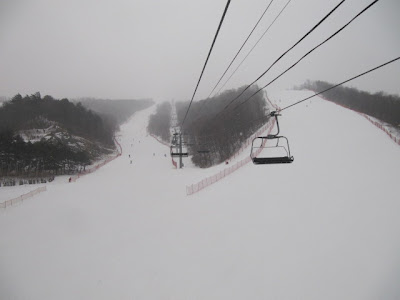 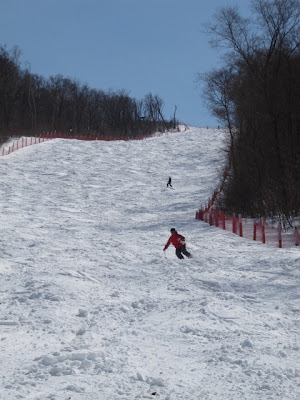 Rainbow 2
You can ski here too, if you're up to it! It's only a 2.5 hour drive from Seoul to get to the winter wonderland of Pyongchang, a part of Korea in it's own weather bubble. Snow still falls here in April while the rest of the country is celebrating spring and winter storms dump incredible amounts of snow on this little part of Korea.