I can't explain why I quit blogging this year. It was not a concious decision and it was not because I was too busy, that's for sure. Maybe I've just been in Korea too long and even the really exciting things that I did just didn't seem that exciting. Who knows? So, I'm going to sum up my year in one post, and hopefully I'll get around to actually finishing it and posting it. Maybe in the new year I'll start blogging again. Maybe. I do miss it sometimes.

All of these points need at least 1 blog post, some of them need at least 3. This is the best I can do for now, who knows, maybe I'll find some motivation in the future... 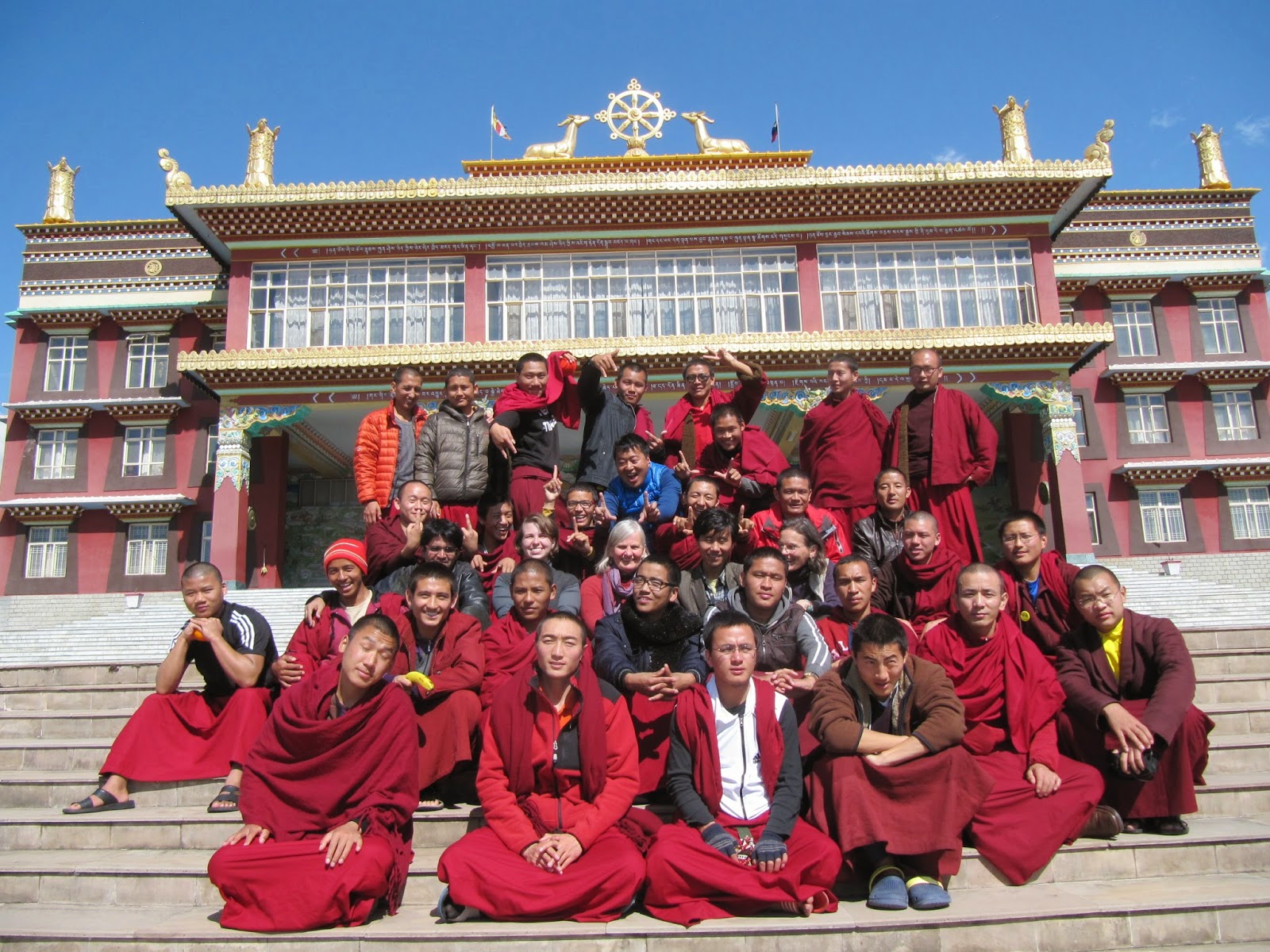 From Jan 10-Feb 24th I was in India teaching at a Buddhist monastery in northern India. It was a really interesting time and I learned a lot as a teacher, and a person.  I also learned about the importance of health, as I came down with hepatitis shortly after I came home and was basically incapacitated for a few days and really needed more than a month to recover properly.

After returning from India (and just around the time I came down with hep) I started work a university here in Seoul. I won't say the name for privacy reasons, but it's a really great school to work for. The location is not the best, but it's manageable, and when you're only teaching 14 hours a week 45min-1hr commute is not TOO bad. I'm not quite sure why, but the administration seems to like me at this school and not only have they renewed my contract for the next year, but they are promoting me to level coordinator. I worry I will be a huge disappointment, but we'll see what the next semester brings... 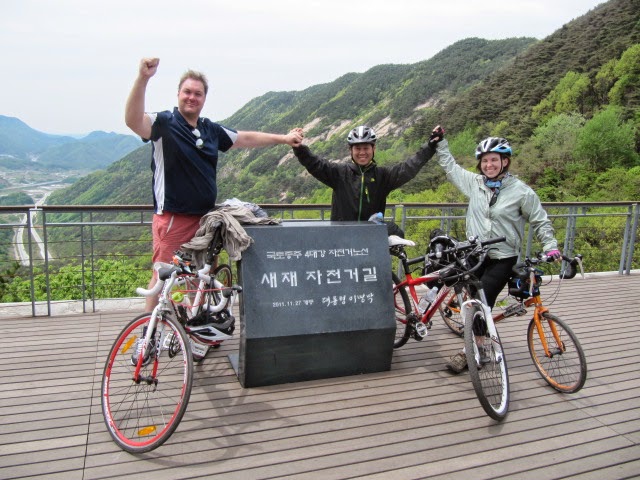 In May we rode our bikes following the 4 rivers bike path. Our original plan was to get to Busan, but bike problems + laziness + out of shapeness only brought us to Andong. It was still a fantastic ride and conquring the Saejae bike path through the mountains was probably one of the proudest moments of my life. 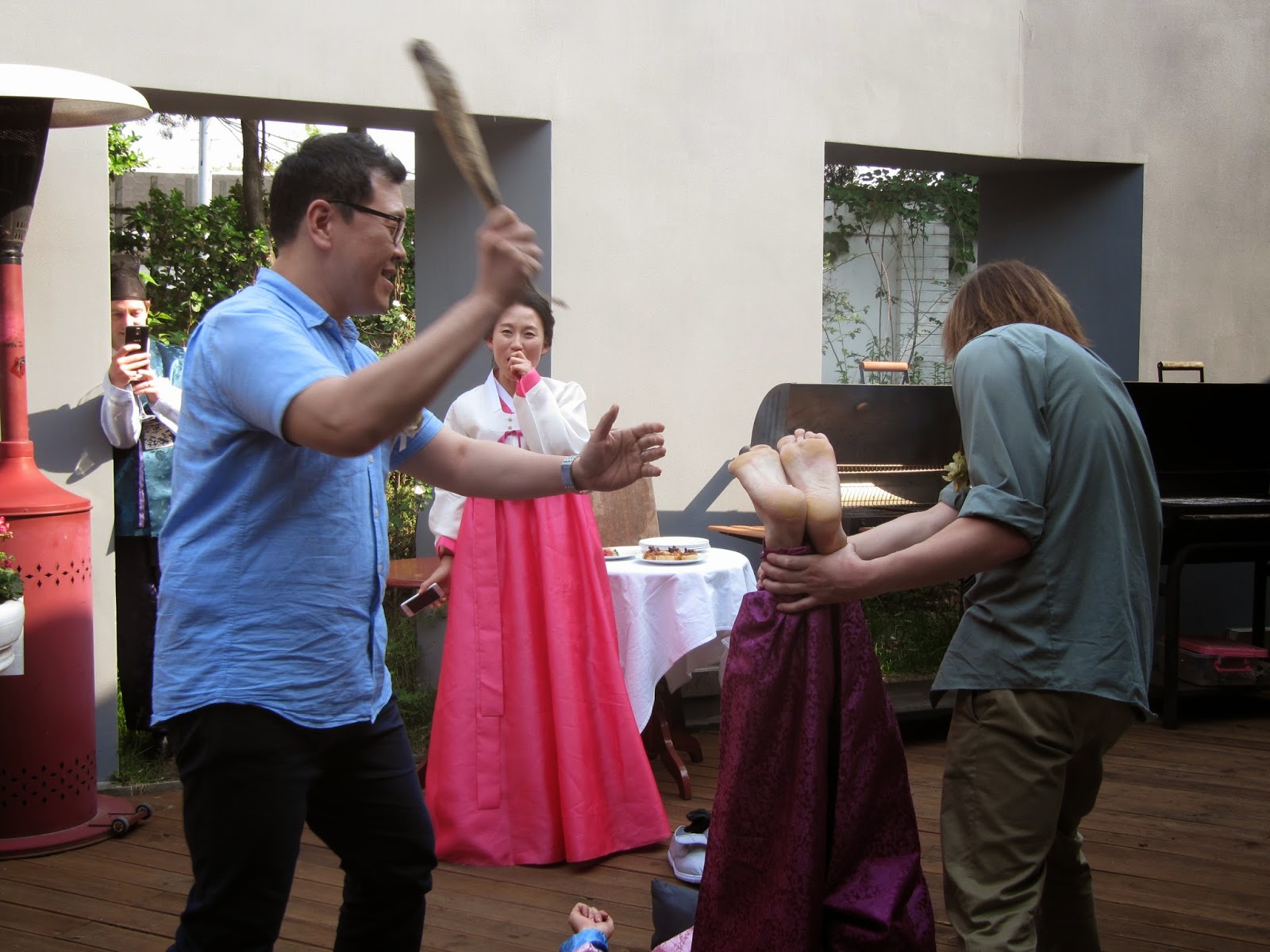 Also in May, two of my good friends got married. I really liked their wedding because they took all the western and Korean traditions and mixed them all up together in their own way. And my friend got spanked on the feet with a dried fish. 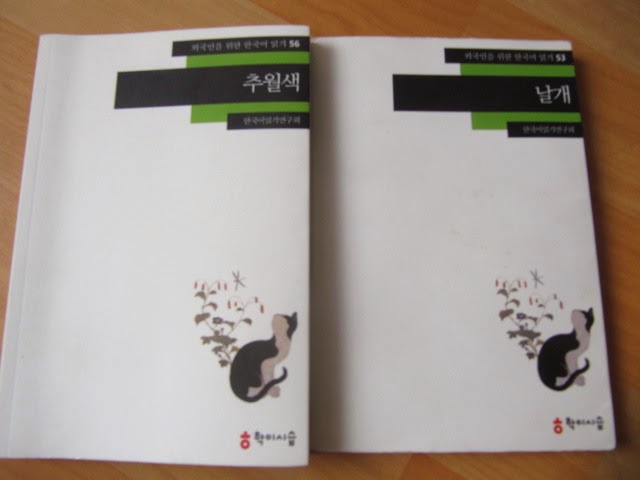 I tried a bit harder this year to study more 'academic' Korean. I found this fantastic leveled reader series of Korean books and I've now read three of them. they're not long, and they're not hard, but they give you confidence to try harder things. I also read 1/3 of The Diary of Anne Frank and am now reading/translating a book on Korean culture.

I also took 1 semester of intensive Korean (level 4) at Sungkyunkwan Univeristy over the summer, and then discovered that the university where I work offers intensive Korean classes at 70% discount, so in the fall and winter semesters, I continued with level 5 and 6. Considering I was working at the same time, it was kind of a disaster, and I can't say that I have learned much, but it's better than nothing, and the price was too good to turn down. This weekend I will take the TOPIK exam again. I'm hoping for level 4 (cross fingers). 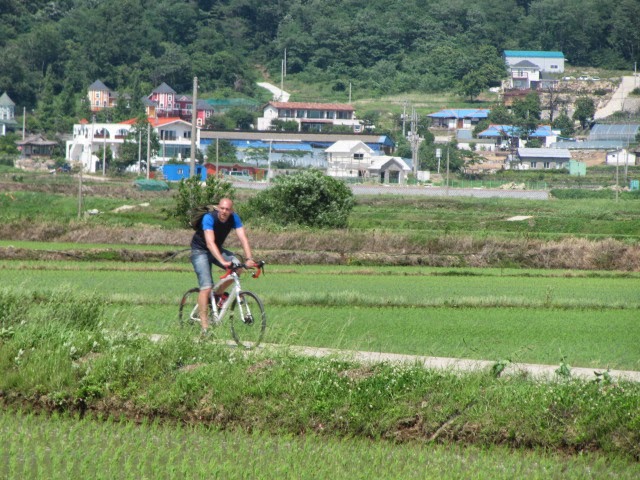 In June we did a 3 night trip around Ganghwado by bike. It was really fantastic, though I regret a little veering off to another smaller island for 1 night. It was more expencive and there was no good food to be found. Ganghwado is big enough and exciting enough, it's not really necessary to go to other islands on such a short trip. 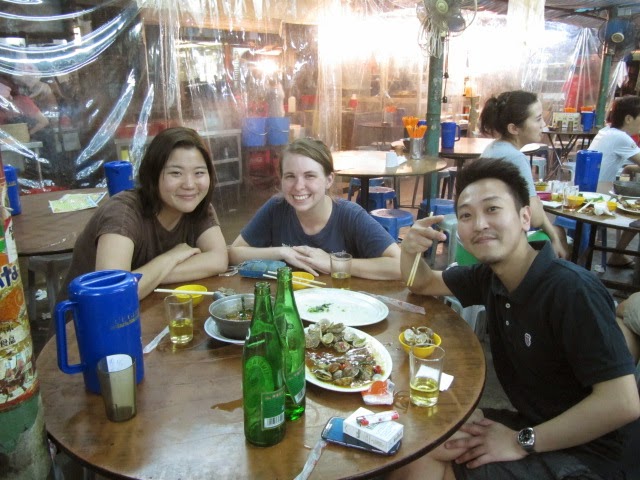 At the end of June I went to visit my friends in Hong Kong. They've been living there for 2 years and I have never managed to find time to visit. I finally made it. Besides being very hot fun to see Hong Kong in the summer, and good to see my friends, it was also some of the best time I've ever had to practice Korean. I literally spent 5 days only speaking Korean. I was really starting to function in Korean. As an English teacher here, even though I speak Korean fairly well, I'm always using English for this or that, if not for work than with friends, if not with friends than with my husband. etc. etc. In Hong Kong, staying with two Koreans, there was almost no reason to use English. Finally on the last day we met a friend of my friend and had to switch to English since he was British. We both laughed because we thought the sound of our English speaking was too strange.

In early July I bought my first smartphone. Sometimes I wish I hadn't, but sometimes it really is handy. I do miss daydreaming sometimes. I try to remember to do it sometimes, but the NPR articles that keep popping up on my Facebook newsfeed are just too interesting ㅠㅠ. 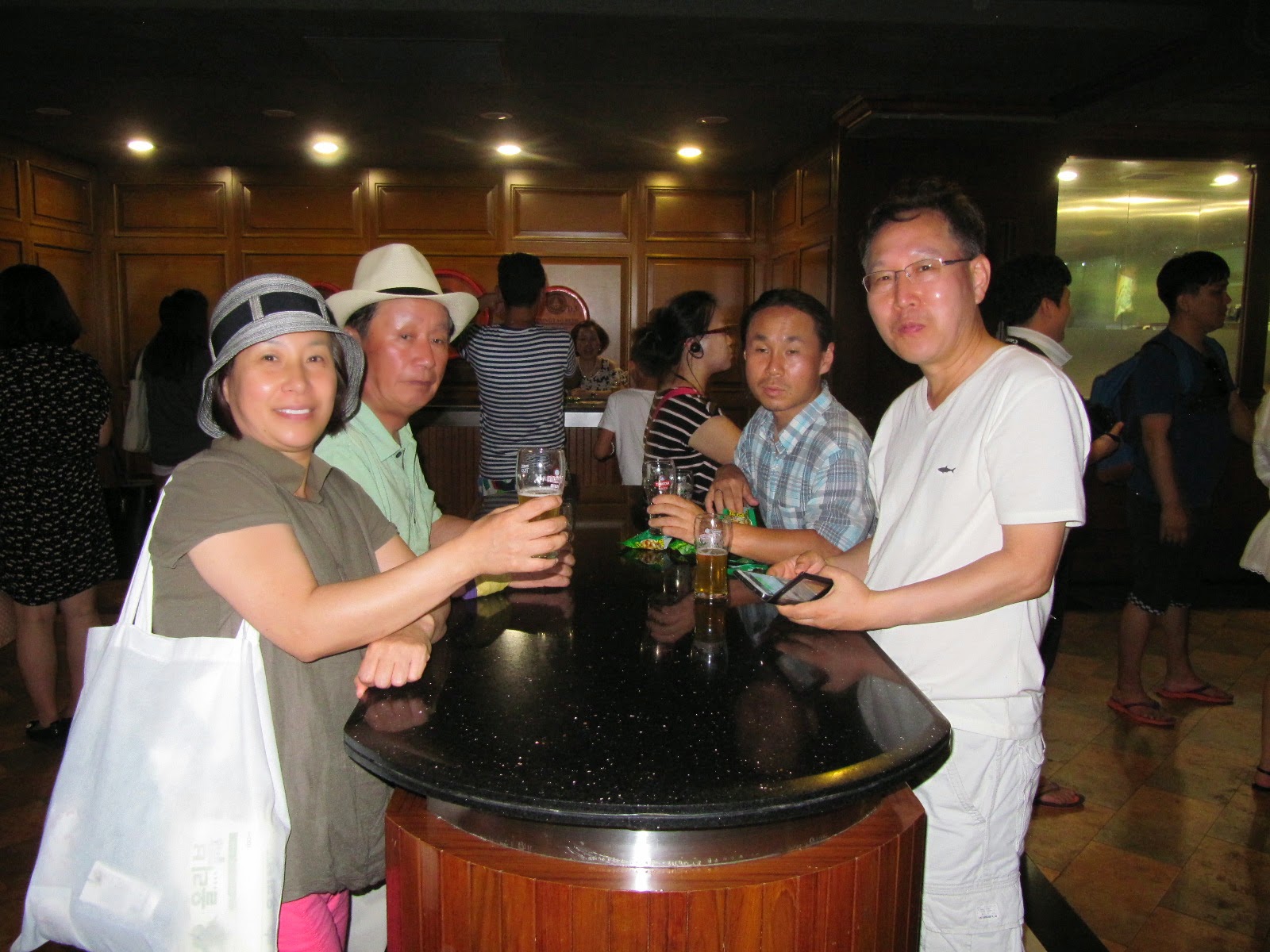 In early August we took a few nights trip to Qingtao (now my 2nd time to visit, but I haven't blogged about either time) to visit the husband's sister and brother-in-law. The Koreans went and played a lot of golf, and I explored the city. Qingtao is a really fantastic city, but since I'd already been there once I had already seen all the cool stuff. I just tried my best to enjoy the good food. Here is the family at the Tsingtao Brewery.

Throughout the summer, the husband and I worked on a DMZ bike trip project. We never had enough time to do it straight through, so we had to do it in 3 parts. There's no bike paths up there, and there are a ton of pretty big mountains. But, the nice thing is that there are not many people/ cars and you can see a lot of military bases. It's hard to follow maps up there because even if you look at the map and you see a road, that doesn't mean that non-military/residents are allowed to use it. Sometimes we would ride along a road for 10 km only to be told somewhere in the middle that we could not pass and we had to turn back and find another road. It's truly an adventure. A frustrating, wonderful adventure. 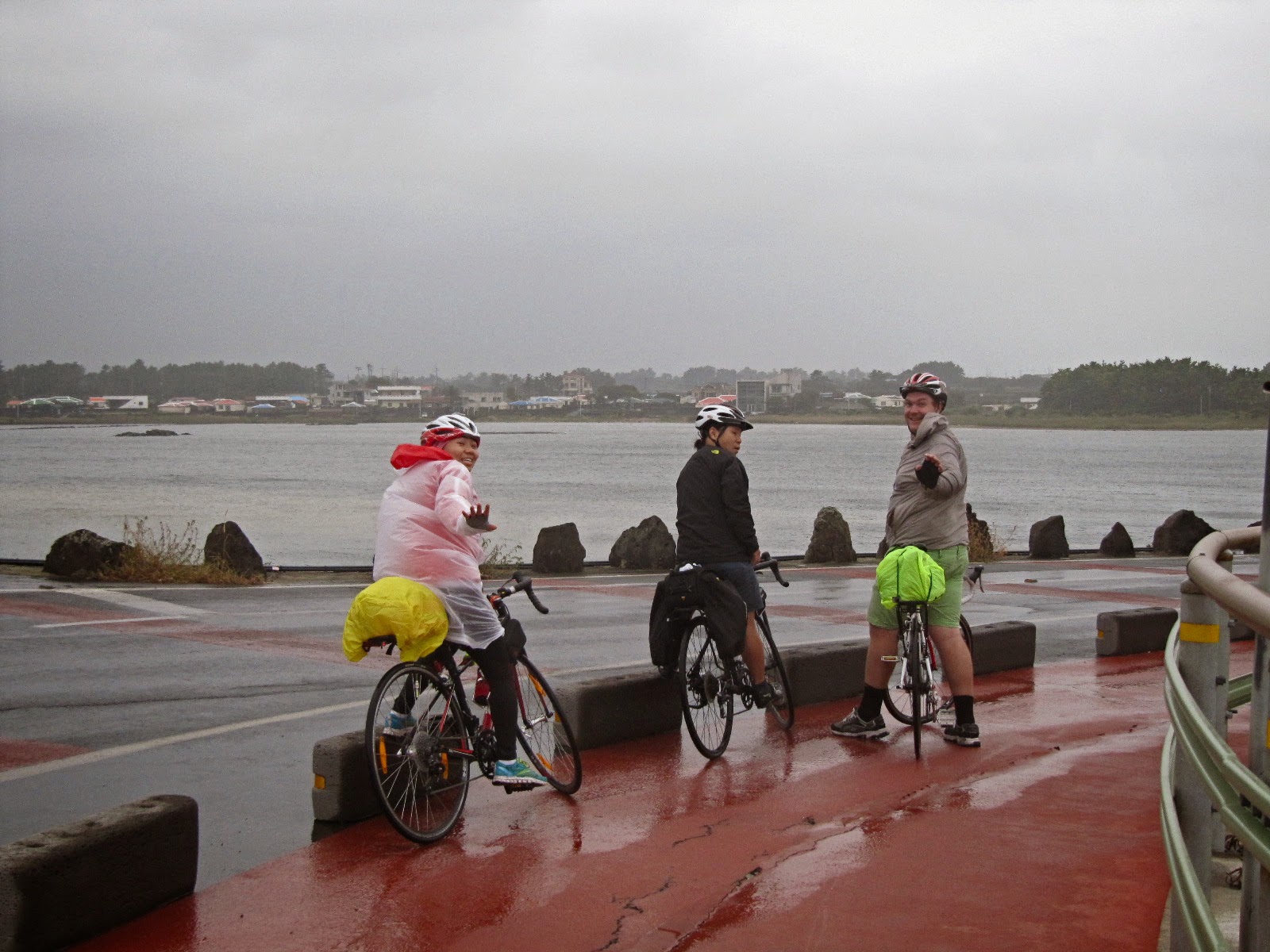 In October I bought a new bike and we took our bikes down to Jeju Island for a bike tour. We did the whole island in 4 days. The first day was fantastic, the second day was ok but a little windy with sunny skies. The third day was cloudy and overcast with serious headwinds and a few bike issues. The fourth day was full on typhoon winds and some rain from a big typhoon hitting Japan at the time. It was hard, but certainly an accomplishment. I just wish that the salt water hadn't rusted my brand new bike up... 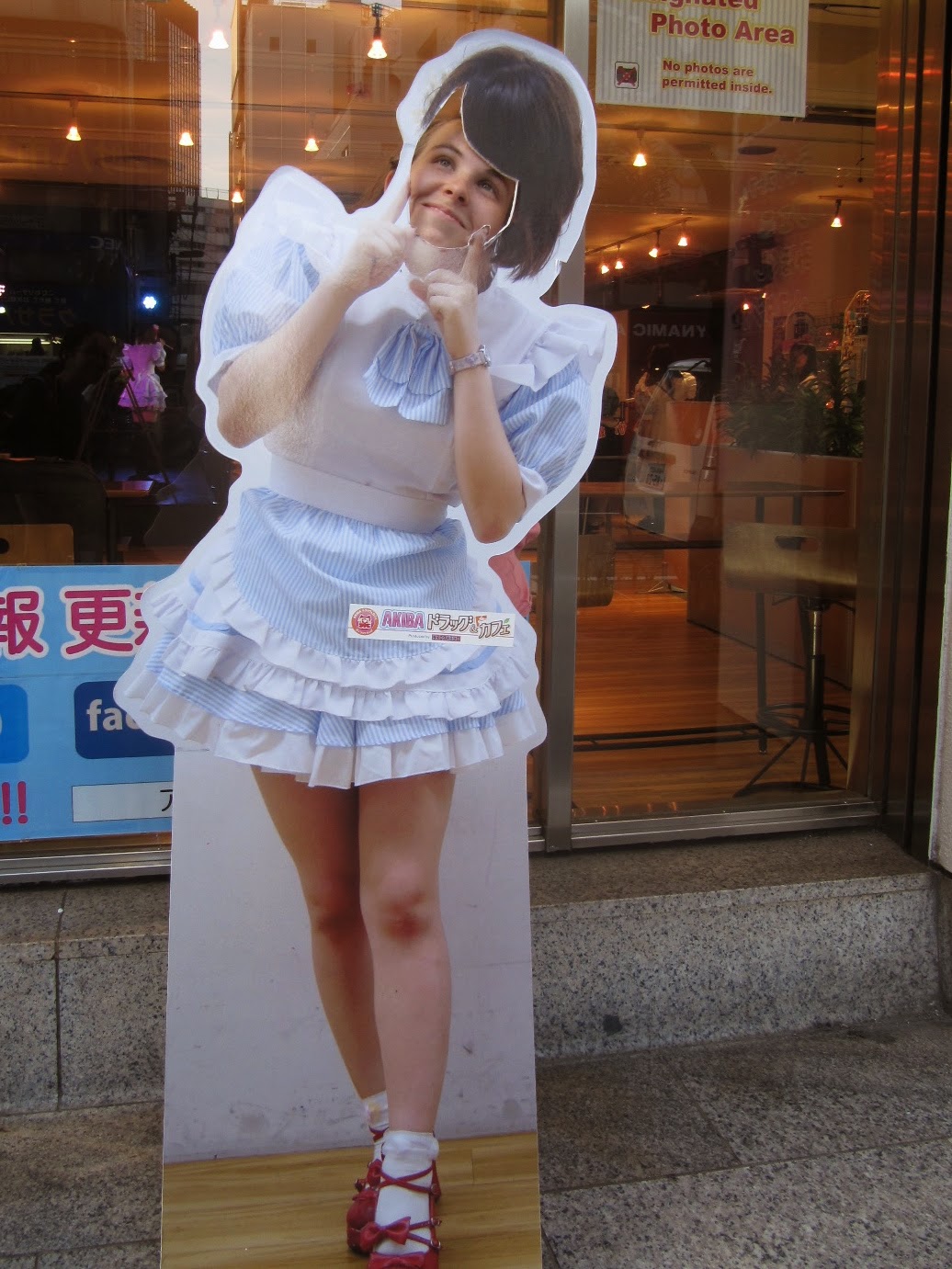 Two weeks later we went with the husband's little brother and sister to Tokyo for a 2 night, 3 day trip. It was a fun trip, maybe more fun because we were with two high school kids, one of which is a total otaku who could speak Japanese fairly well. The most fun/interesting/strange experience was going to a maid cafe. We new it would be expencive, but $80 for 4 people was a little rough. We realized that the table fee for our seats was much higher... if we had sat on the other side of the room at a counter style table, the table fee would have been much cheaper. I'm not sure what to make of the whole maid cafe thing, but at least I can say I've seen/done it, whether it's a good thing or not I don't know.


Two more friends got married in November. Two weeks before the wedding we delivered a 함. This is a Korean wedding tradition which is quickly disappearing, at least partially due to the fact that most Koreans live in apartments and delivering a 'ham' is a very noisy affair which involves a lot of fighting and negotiating and singing and drinking etc. I really need to write a long blog post about this, since there's not much information on the internet in English, but in the meantime, watch this video and ask your Korean friends about what 함 is. 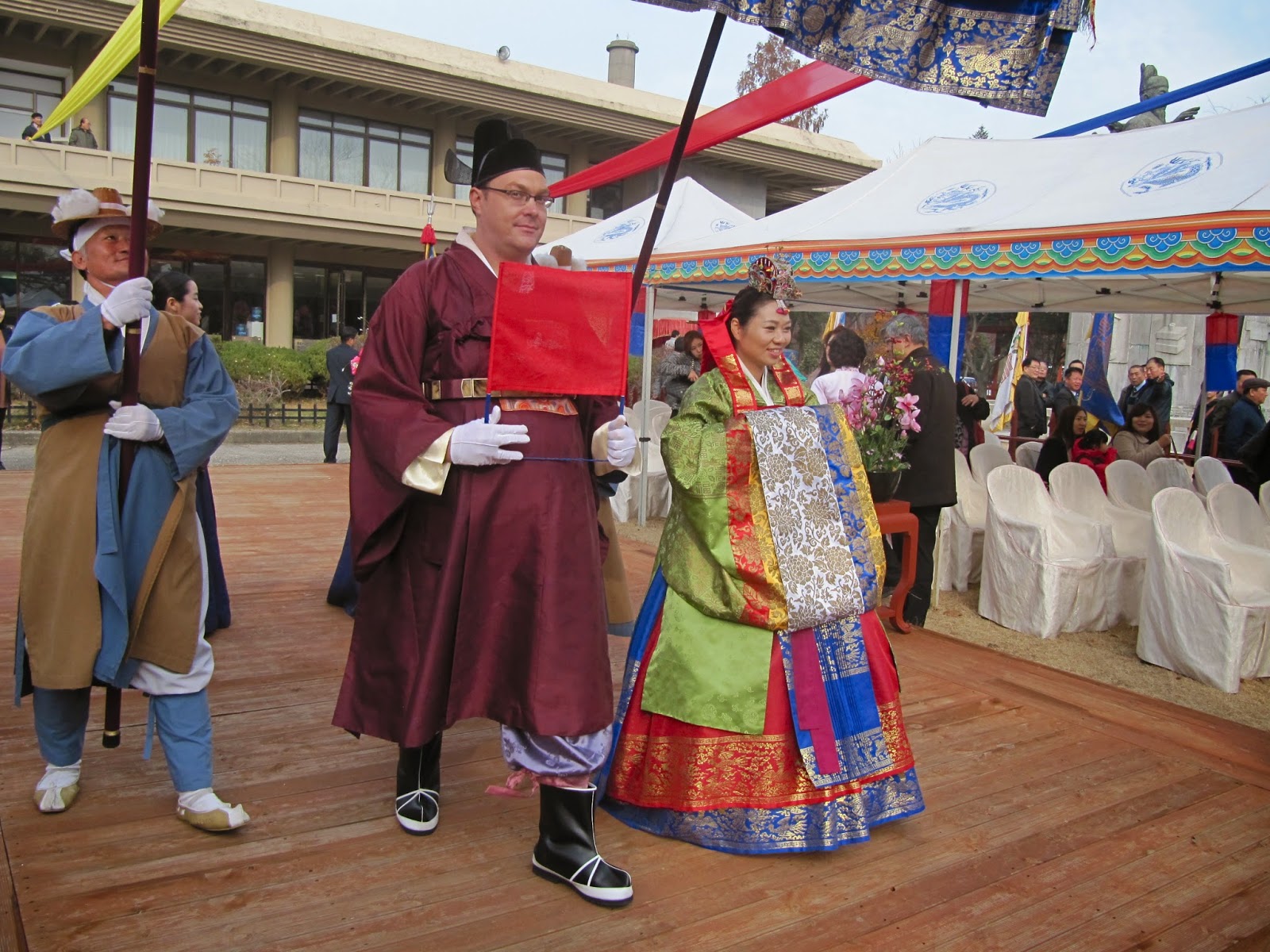 Then they got married a few weeks later. Traditional weddings mean more excuses for me to wear my hanbok. It was a really nice wedding and they were really fortunate because despite being the end of November, it was not cold at all.

In December we started the new ski season. So far for this season we've already put in 12 or 13 days of skiing thanks to two 4 day weekends with Christmas and New Years. My skiing is getting better and better, but I've still got a long way to go to look as graceful as some other skiers on the mountain.

What is in store for 2015? In the very immediate future, I'm leaving for a 3 week trip home to Boston and I've planned a mother-daughter trip to the Florida Keys for a week. After ski season is done I hope to do even more bike trips this year. I'd like to do a little more world travel next summer... maybe with the bike? But, beyond that trying not to over-plan because my schedule has been busy enough these days.
Posted by 조안나 at 11:20 PM